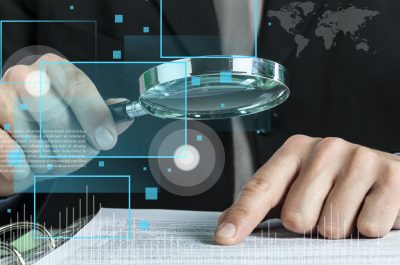 The Accounting Standards Board recently released an exposure draft on Revenue.  In reading this document, we were reminded of what we see to be a systemic issue with the quality of assurance engagements and so it seemed like an opportunity to write about this.

The source of assurance deficiencies is more often an accounting deficiency

As consultants and external monitors for hundreds of CPA firms across Canada, we look at a lot of assurance files.  When we help our clients identify deficiencies in their files we often find the documentation of key accounting issues to be lacking.  More often than not the root cause of this deficiency isn’t simply that someone ‘forgot to document something’ but rather that the issue was not fully identified in the first place.  We then find though discussions with the engagement teams of our client firms that the root issue is lack of knowledge of accounting standards.  In other words, a staff member conducting an audit or review can’t appropriately test, analyze or document an accounting issue if they do not see the accounting issue.  Another way of putting it could be that even the best auditor cannot audit a set of financial statements if they are prepared in accordance with an accounting framework with which the auditor has insufficient experience.  So when we provide training to our client’s team members we often focus on the accounting standards first and the assurance standards second.

When it comes to ASPE, part of the problem may be contributed from the standards themselves.  ASPE was written in the late 2000’s out of existing Canadian GAAP to be a set of accounting standards for private enterprises.  The aim at the time was to come up with a very concise set of standards that were easier to understand and apply than the existing Canadian GAAP standards and IFRS that could be implemented at less cost.  There is no doubt that there exists a relationship between how much information and guidance is included within an accounting framework and how much it costs to train people and implement the standards.  However, a lack of guidance can create confusion and cause more time to be spent trying to find a solution than it would take to simply read more detail guidance in a longer standard.  Looking back, with the benefit of hindsight, perhaps a little too much was cut from the ASPE material to achieve the stated goals and maybe we need ASPE standards that provide more application guidance.

So, what does all of this have to do with an exposure draft on revenue?  Well, some of our most consistent findings in audit and review engagement files all relate to revenue recognition and include:

Typically, the deficiencies with revenue recognition arise from entities where the revenue streams are more complicated such as percentage of completion method, multiple-element arrangements, bill and hold arrangements, non-refundable fees and whether to report revenue at the gross or net amount.  The current ASPE standards, specifically Section 3400 Revenue, do mention these issues but they do not provide much in the way of detailed discussion of the issues or application guidance to resolve these issues.  This was not the case with old Canadian GAAP, which in addition to a similar section to our current ASPE Section 3400 Revenue included the Emerging Issues Committee (EIC) abstracts.  Included in the 175 EIC’s published over the years are several that provided much more detailed guidance on revenue recognition matters including:

Many practitioners have been applying guidance from the EICs in absence of detailed guidance within ASPE.  However, many others may not have been aware that this material existed or concluded, somewhat incorrectly, that because this large volume of information was withheld from ASPE that it was inappropriate to consider it or draw conclusions from it.

The new exposure draft on revenue proposes the addition of an appendix as well as illustrative examples to Section 3400 on the topics we have noted above.  Furthermore, the content was derived mostly from the old EIC’s noted above as well as some guidance from IFRS.  You can view our blog that goes through the proposed changes in more detail here.

We welcome the addition of this content to the revenue standard, which we don’t see as a significant change to existing standards, but rather the addition of relevant and helpful guidance to help practitioners address the very issues we are finding so often in our monitoring engagements.  In conclusion, we believe that the addition of more application guidance is needed throughout ASPE and would welcome similar amendments to other ASPE standards going forward.

How can Clearline Consulting help?

Clearline Consulting provides practitioners and their staff with the tools, training and advice they need to succeed and build thriving accounting firms.  We provide file monitoring, professional development courses, staff training and customized consulting solutions.  If you would like to procure internal training on accounting or assurance matters or would like to schedule us to conduct monitoring of your engagement files please contact us.